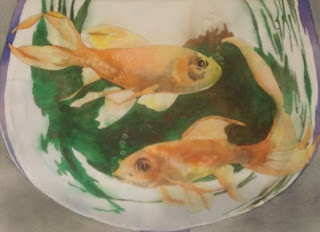 I’ve gotten a little bit behind in my postings, but wanted to tell you about the class I taught last Saturday - it was a watercolor painting of a goldfish. So, I needed a photo of a goldfish.

Did you ever try to get a goldfish to pose for a portrait? It’s not easy, not even when you have “Fred, the Oldest Living Trained Goldfish in the World” living on top of your piano. I should know, since it’s my piano and Fred is my fish.

Let me tell you about Fred. 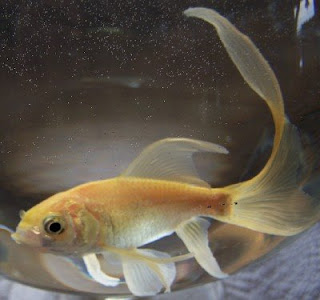 Fred, the Oldest Living Trained Goldfish in the World!

He is a golden goldfish with a really, really long tail. (I think that is how you can tell how old a goldfish is, since that’s the only thing that seems to grow). He has outlived all of his pals, mostly because he has murdered all of them in cold water. So now he lives in solitary confinement. 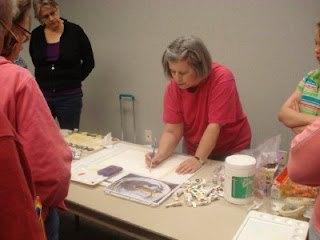 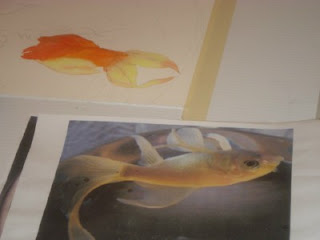 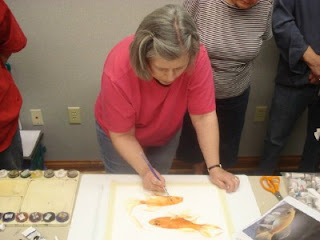 There she is again! 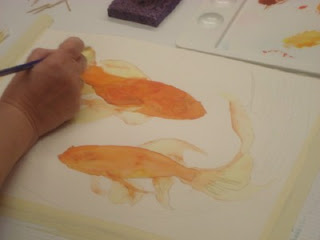 He is the oldest goldfish that I or any of my friends know of. After being won by my daughter at the local county fair five years ago (FIVE years!) Fred and a companion, a spotted goldfish, came (in their individual plastic bags half filled with water) to live at our house. After acclimatizing their water to the water in their new fish bowl, they were both released into the bowl. The next day the companion was found floating, dead in the water. 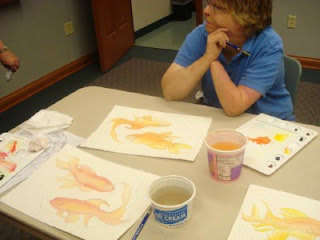 Some of those fish turned out GREAT!

A trip to the local pet store ensued, and another companion was purchased (for 35 cents). This companion was also a spotted goldfish. A few days after his arrival he was also found dead. There was only one suspect, Fred, but he refused to talk. 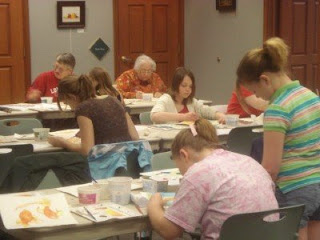 Fred is one feisty fish. He has survived being neglected by my daughter until he water was so green we couldn’t even see him. That’s when he was moved to the piano, so I could care for him. He has survived my vacation when no one would feed or clean him for a week. On a couple of occasions, he has survived ME. Every now and then I forget to feed him for a day. And once when I was cleaning his bowl he slipped out of the cup he was in and fell into the sink, just an inch away from the drain, but I caught him just in time. 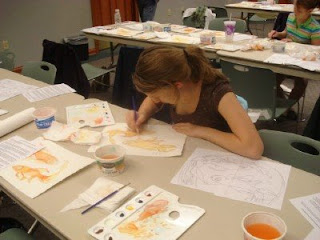 The photographer for this "photo shoot"!

Oh, and I did mention that he is trained. This is true – when he sees me approach his bowl he wags his whole body and begins to make his fishy-face! He knows I’m going to feed him!! He’s also very loud. He goes to the edge of his bowl and makes popping, pinging noises against the glass. (I’m not making this stuff up – ask my family!) 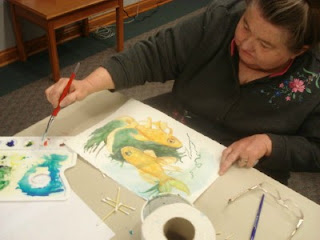 Someone was able to paint the water!

Well, after he was moved to the piano, we tried one more companion. Again, a spotted goldfish (we kept getting the spotted ones so we could tell them apart). When my daughter and I left to run errands all was well. A few hours later when we returned, the spotted goldfish was moving very slowly, opening and closing his mouth a lot. That’s when Fred swam in quick circles and then SMACK – hit him in the side like he was a soccer ball! We removed Companion Fish and put him into his own bowl, but sadly, the injuries he had sustained at the fins of Fred were life threatening and he passed away a short time later.

That’s when I decided that Fred will be spending the rest of his life in solitary confinement. 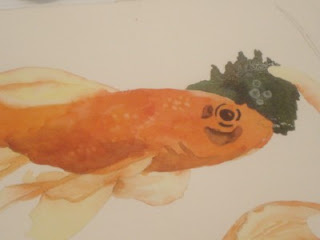 Disclaimer: The woman appearing in these photos, proclaiming to be the instructor, is an imposter. These photos were maliciously “doctored”. I actually am at least 50 pounds thinner and closely resemble Raquel Welch. 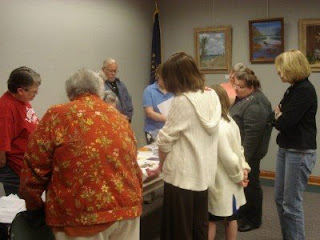 Hope they come back! I think they had fun - we sure did laugh a lot even though we worked hard. 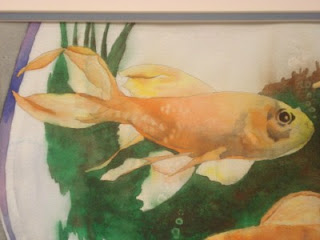 Posted by debwardart at 1:04 PM

My goodness, I'm glad you have Fred in solitary confinement now - what a beast!!! But glad you got him to model for you. You and the students look like you had fun and painted some good images of Fred (if he ever escapes, you can use them for wanted posters!).

If all your classes are this entertaining sign me up! Loved the story...and the work of your students.

Wow ....What a story! Say my hello to Fred..your post was so entertaining--he also shres the credits!It must feel great to teach such a lot of people...:)

Rhonda, too funny - wanted posters!!! (I won't let him see your recent FL photos or he might get some ideas!!!)
Gaylynn - so good to hear from you! Everyone did a great job that day!
Arti - Glad you enjoyed my (totally true!) story of Fred! I do enjoy the people I meet at the classes.

Wow these are really beautiful. I'm actually trying to sketch and paint some goldfish, and I came across your blog. I hope mine will turn out as good as yours.

The oldest goldfish to ever lived was also named Fred. He lived to be 41. I hope yours has that much time left.