We are fortunate to have some great community hospitals in our area. For the second time I was invited to one to give a demo and class for cancer patients, cancer survivors and their families.

When I did this a few years ago, we all created a sunflower in watercolor. I was surprised and pleased to hear that one woman liked hers so much that she framed it!

This time we painted a rose in fluid acrylic. Some of the attendees had never painted anything before, some had experience, but not in this medium.

We went just a little past our allotted time, and I think that everyone learned something and had fun.

A few people stayed and had their photos taken with their paintings.﻿
The hospital offers different programs for their patients throughout the year. Presentations such as mine allow them to forget about their problems for a little while – and create a work of art in the process!
Posted by debwardart at 9:55 AM 3 comments: 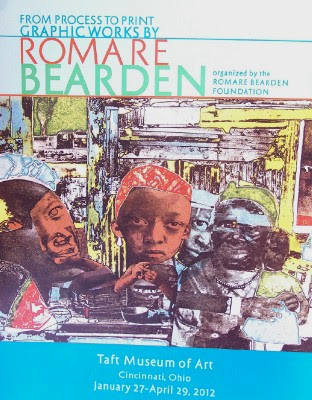 Our main objective was the Romare Bearden exhibit and the small J.M.W. Turner exhibit.

I have to say, I did not know anything about Romare Bearden and did not expect to enjoy that exhibit, but was excitedly anticipating seeing the Turners. I toured the Bearden exhibit with an open mind and, turns out that I not only enjoyed the exhibit, but also came away with some design ideas rattling around inside my head!

Bearden was an African American artist known for his stylized paintings and collage work. This exhibit showcased his work in etchings, engravings, aquatints, lithographs, collagraphs, screenprinting, photo projections and monotypes.

Leaving that exhibit, it was on to the tiny Turners. And, by tiny I mean teeny tiny. Some of these works were about 3 in. x 5 in. and none were larger than 8 in. x 10 in. This collection was comprised of paintings created by Turner for book illustration. While Turner did not create the engravings from his paintings, he did oversee that process, which could take up to two years. Some of the engravings were in black and white, while some were colorized – but not necessarily in the colors that Turner had used in his paintings.

The museum staff had provided magnifying glasses to view these little paintings and they are amazing. When you look at them you can see there is “something” on that bridge – but with the enhancement of the magnifying glass you can see a carriage pulled by 4 horses with a coat of arms on the carriage door and groomsmen on the carriage and stained glass on the cathedral and . . . . well, you get the idea. Absolutely amazing! I decided he must have painted these with one rat whisker or something!!!

In his later years he turned to more abstract work. My theory is that his eyesight was long gone and he could not create any more detail. (Actually, that’s my theory for any artist whose work goes from minute detail to abstract over time. If anyone has actual knowledge about that, let me know!)

We then took a little time to just wander the main floor until it was time to leave. I took a couple of photos in that area – we were not allowed to photo anything in either the Bearden or Turner exhibits.

There is one Turner downstairs that I tried to get a photo of, but couldn’t, so I tried to get it as it is seen through the length of the various rooms. 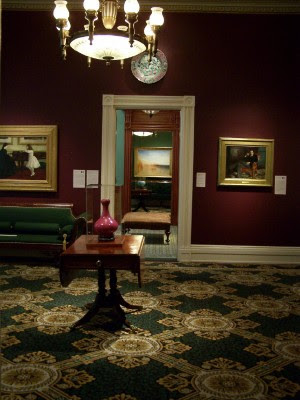 I just love the boy smoking the cigar by Frank Duveneck – it always makes me smile. And Mr. Duveneck was one of the founders of the Cincinnati Art Club so maybe I feel some sort of connection to him. There is also a Farny (another CAC founding member) on that floor but I could not get a decent photo of it, no matter how hard I tried. 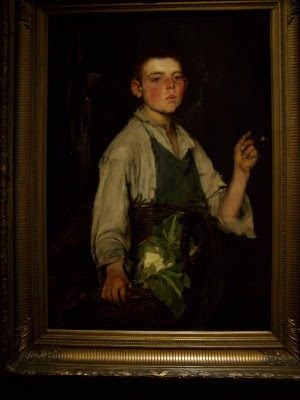 But I did get a somewhat decent photo of the Rembrandt. Wow, even though I’m not an oil paint lover, I can only marvel at the texture he achieved in that black coat and white lace. The skin tones are also amazing. (My camera has always had an aversion to indoor lighting – possibly something has been wrong with it for as long as I’ve owned it, so forgive these bad photos – I just wanted you to somehow enjoy them as much as I just did!) 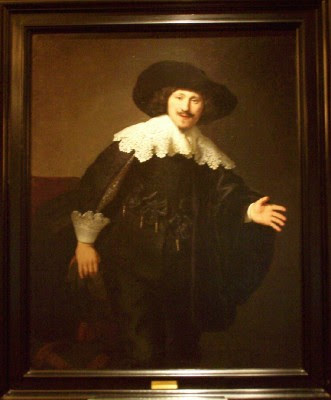 Then it was time to go – but I know we will return again and again to see more of their featured exhibits.

Taft Art Museum
Posted by debwardart at 9:03 AM No comments:

The day we had planned to drive to the city for an art day dawned rainy and miserable - so the collective decision was made to do it another day and stay in and paint instead (not a bad day after all!).

The next day dawned bright, blue and sunshine-y and off we went!

Our first stop was the Woman’s Art Club “Barn” to see Nancy Nordloh Neville’s student show. Nancy is a well known regional artist whose paintings project a loose, washy style and her work is always very fresh. While it looks like she paints loose, she actually paints very tight in some areas to define edges, but the way in which she handles the paint gives it that loose quality. While her students’ work represents Nancy’s style, you can see how each of these budding artists is beginning to develop their own style.

Then it was on to our main target - the Taft Museum of Art in downtown Cincinnati, Ohio – and we arrived just in time for lunch! (Surprising how that happened, eh?). There is something about having lunch in a cultured atmosphere – hushed voices, the clink of silverware on china with food served elegantly - that makes you feel like a real lady! (Even though you are wearing jeans!)

This museum is housed in the former home of a series of the City’s founders, beginning with Martin Baum, Cincinnati’s first millionaire, who built the house in 1820.

The next owner was Nicholas Longworth who occupied the home from 1829 until his death in 1863. During his life, Mr. Longworth owned much of the area that is now Mt. Adams and Hyde Park. He was quite an art patron, and he commissioned Robert S. Duncanson, an African American artist, to paint landscape murals in the foyer of his home. At some point those murals were covered with wallpaper (what a travesty!) but were discovered and uncovered during a renovation, and they once again showcase the entry foyer and hallway of this proud old house.

The third owner of the home was iron magnate David Sinton who lived there with his daughter, Anna and her husband, Charles Phelps Taft (older half-brother of President William Howard Taft). Following Sinton’s death, Anna and Charles assembled a collection of fine and decorative arts. In 1927 the Tafts bequeathed their home and collection to the people of Cincinnati. Following Charles’ death in 1929 and Anna in 1931 the Taft Museum opened to the public in 1932.

The museum has an attached garage for convenience and is free to the public on Sundays. A hearty “thank you” to all of the philanthropic individuals who have made that possible.

I’m happy to let you know that I’m featured on Carrie Waller’s blog “Carrie’s Creations”.  So hop on over there to see my interview!

Carrie had a lot of great questions that made me think before I answered, but if I were filling out the interview today, some of those answers would be different. I don’t always do the same thing. Even as I reread my answers on her blog I realized that I’m not painting exactly that same way right now. But I might on my next painting!

Art – there really is no “cut and dried” right answer!

We can probably all agree that our art evolves constantly. Hopefully we are all making a progression to better pieces in the future, with that elusive “best” piece always our goal.

Thanks to Carrie for inviting me to participate in her Friday Feature Artist!

And - be sure to check out her "guest blogger" - my good friend Rhonda Carpenter!  Check out Rhonda's blog too!

Happy painting!
Posted by debwardart at 9:25 AM No comments: